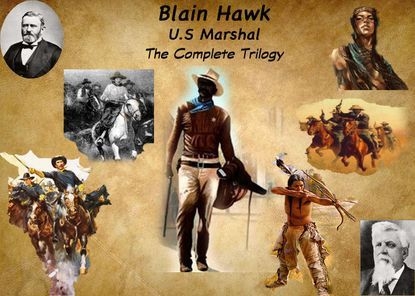 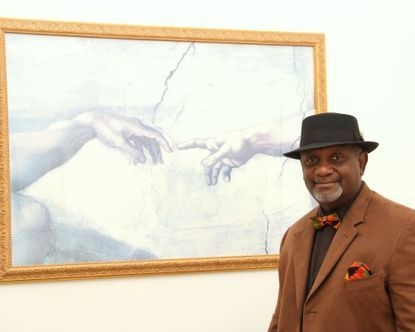 Blain Hawk U.S. Marshal - The Complete Trilogy (A Epic Tale of Murder & Vengeance and a Tribute to U.S. Marshals of the 19th Century)

Blain Hawk U.S. Marshal is a western saga that begins in the early 1800s and ends at the beginning of the 20th century. It was inspired by real Black and Native American U.S. Marshals that served during the reconstruction period of America. It follows the Hawk family as they deal with a ruthless murderer by the name of Johnnie Red who goes on a wild killing spree. This creates deep revenge in the main character as the loving peace of his family is shattered. This story depicts the character's struggles, triumphs and abilities to overcome adversities with the aid of like-minded people.

It's not another cowboy and Indian story. It addresses cultural esteem, accountability for those who were lawless and refused to accept responsibility. You will find yourself emotionally challenged as it deals with violent crimes, racism, love, revenge, romance, women's equality to name a few.

Although he is fictional his social and leadership counterparts are factual. All of the factual people's names appear in italic. Clean, tough and smart, Blain captures it all. Imaginative and humorous at times you will be pleasantly entertained with this action-packed novel. it's a refreshing way of learning your history.

Lloyd J. Wheatley is originally from Baltimore Maryland and is a military veteran of the United States Air Force. He is a graduate of the Community College of the Air Force with an Associate Degree in Criminal Justice. He graduated from the University of New Hampshire in Durham with a bachelor's degree in Business Management. He also holds a master's degree in Human Resource Management and Finance from Wilmington University in Delaware. He worked in Corporate America as a Manager and Supervisor in fortune 500 companies until he started his own business in 1994. He has been self-employed in the limousine business for more than twenty years and currently resides in Dover Delaware. Lloyd has mentored several successful small business owners over the years and actively participates in lectures for students at Delaware State University. As an approved accredited business for college credits, he has helped several students earn college credits towards their degrees. A conversationalist of many topics, he enjoys speaking with the serious-minded.

Blain Hawk U.S. Marshal - The Complete Trilogy (A Epic Tale of Murder & Vengeance and a Tribute to U.S. Marshals of the 19th Century)
$35.00